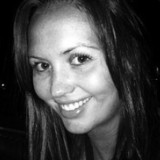 When looking to encourage the general public to donate, many charities and organisations will focus their communications purely to target new potential donors.

So, we ask the question, could there be more to the donation communication cycle that is yet to be explored in the UK?

The Independent reported on the story – explaining that blood donors in Sweden are notified by text whenever their blood is used to save someone’s life. The initiative was rolled out to battle the falling numbers of blood donors – but you may be thinking, how can communicating with those who have already donated help drive the numbers of new donors?

Well, the Stockholm blood service told The Independent that the move is part of their initiative to ‘develop ways to express [donors’] importance’ – essentially to ensure that donors understand the impact they’ve had on another person’s life. With the BBC reporting a 20% drop in young blood donors in 2011, with one in ten 18-24 year olds stating that they were ‘too busy’, targeting the younger generation through their mobile phones would certainly seem a good place to start.

Rewarding kind behaviour such as blood donation undoubtedly has a high level of intrinsic value, but could something as subtle as an update help more blood be donated in the long run? We can certainly speculate how – by letting donors know exactly when and how their donation has saved a life, they are staying connected to the entire journey.

They haven’t just donated their blood to a blood bank, they have donated it to someone who really needed it.

We can certainly see how bringing this deeper level of human connection to the donation journey might encourage people to return and donate more – but it could also help persuade new donors to sign up. Imagine the situation: meeting up with friends, and you receive the text that tells you that at that moment your blood is being used – it’s not exactly something you’d keep to yourself.

It’s an unusual and incredibly special message to receive, one which you’re likely to share. Suddenly, there’s a new group of people who now have blood donation on their minds. Word of mouth is a powerful thing, and it just needs one simple message to set that spark.

The opportunity of an SMS message

Here, we can see endless possibilities – it’s not just blood donation where this initiative could be rolled out. Other organisations who rely on donations from the public can benefit by simply reaching out, updating donors with how their goodwill is being used in real-time.

For example, animal shelters could send a message (and potentially an image) of their four legged friend enjoying their new bed or toy; homeless charities could update donors when their clothes or food are being put to good use. This doesn’t even need to be used solely for physical donations – those who have given financial donations could receive updates on what their money has bought.

There’s never been a more important time for charities and organisations to employ new tactics to help drive donations – it was reported in some cities that numbers of blood donors dropped dramatically during the World Cup this year, and the summer’s unusually hot weather has led to people not turning up for their appointments as they’re tempted away by a day in the sun.

With weather forecasters predicting that this heatwave might last right up until October, these levels could drop even further.

Get in touch with the team

Interested in seeing what simple messages of gratitude could do for your charity? Let’s talk.

By subscribing to this list you agree to receive marketing emails from Textlocal. You can opt-out at any time.