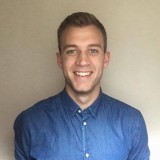 Learn the correlation between HBO’s hit show, Game of Thrones, and the growing trend of SMS marketing. Plus, how you can use these findings to help pledge your allegiance.

As Game of Thrones returns to our screens and the masses of ‘Thronies’ emerge from the wilderness, I noticed a fascinating connection with the UK’s fastest growing marketing channel; SMS.

Granted, you’re probably thinking I need of a dose of Milk of the Poppy to combat my insanity. But just as I drew marketing lessons from Ed Sheeran’s success and La La Land, there is some logic behind it all.

The Game of Thrones Season 7 premiere broke ratings records on HBO last Sunday night, with 16.1 million viewers tuning in to watch it live. This represented an incredible 50% increase from the Season 6 premiere.

Ed Sheeran’s cameo performance may have helped, but ultimately, there’s no doubt in my mind that this figure would have eclipsed last year’s episode anyway. Why? Because of the snowball effect.

Back in 2011, Season 1 attracted a respectable 2-3 million viewers every week. One year later, Season 2 started to average around 3-4 million, followed by an average of 4-5 million in Season 3. Fast forward to 26th June 2016, and this figure reached 8.89 million for the Season 6 conclusion; “The Winds of Winter”.

Figuratively speaking, the initial following of GOT was a state of small significance. Yet, similarly to Vince Gilligan’s Breaking Bad, positive reviews and word of mouth has given the show an overwhelming sense of momentum.

Now for the marketing bit…

Like Game of Thrones, the evolution of business SMS started off relatively small back in 1992. Since then, it’s continued to grow. In fact, according to The State of SMS, business text messaging is unique in that no other channel will experience growth of 18% over the next couple of years, let alone be able to reach 75% of the UK’s total population. In numeric terms, the number of mobile opt-ins will grow from 41.3 million in 2017 to 48.7 million by 2020. That’s an extraordinary figure, given that there are 79.14 million active mobile phones in 2016.

But why is text messaging becoming so popular?

A beginner’s guide to SMS marketing and alerts

Contrary to belief, when it comes to communicating effectively, text messaging offers an extremely diverse catalogue of functionality. From sending SMS tickets and vouchers, to advanced mobile loyalty cards, there are many ways to instantly connect with mobile users.

And then there’s the unparalleled statistics of the channel. I’ve include five below as a little taster:

Identifying Wildlings from the Unsullied warriors The diffusion of innovation model reveals the adoption of technology within a society, splitting them into Innovators, Early Adopters, Early Majority, Late Majority, and Laggards. To put this into context for ‘Thronies’, Laggards would be like Wildlings – living outside of the wall, away from democracy, and a little slow on the uptake on things. The Early Adopters would be like Daenerys Targaryen’s army of Unsullied warriors – once you’ve swayed them, they’re loyal and follow the innovators.

For SMS, the model indicates that consumers in the UK are considerably more advanced than businesses. For example, it highlights that mobile marketing consumers sit towards the upper limits within the late majority category (77%), compared to businesses that remain in the middle of early majority (31%).

This represents an innovation adoption difference of 46%. To support this theory further, research reveals that SMS remains a hugely under-utilised channel by businesses.

In fact, as a communications channel it is only operating at 38% capacity. What I mean by this is the number of messages sent per sector, per annum, will fall short of the amount consumers are happy to receive.

Despite this statistic, 7 billion business texts will be sent in 2017, with 6.3 million of those being read within the first three minutes.

Every business and organisation is different. While there were some Innovators who caught onto SMS marketing years ago, naturally, there are going to be a few that fall under the categories of Late Majority and Laggards.

But as the number of opt-ins continues to multiply at a rate of knots, it’s only a matter of time until the Late Majority and Laggards recognise the value in business text messaging. Just like Game of Thrones, the snowball effect is already in motion – the question is: when will you try it?